You might have noticed that I spend a lot of time by the ocean and walking along the beach just receiving its gifts and exploring the magick she has to offer. Why? Some of that has to do with it being native to the Pisces in me and the rest is because of its ability to rebalance, inspire, and renew.

I love feeling the sand between my toes and find the beach to be an Earthly mirror of the starry night skies, as each sand crystal glimmers in the reflection of the sun. So when I am walking upon these “Earth Stars” and feeling the watery liquid love of the ocean, from which all things in the Universe are comprised of, come from, and will return to, I am reminded of the miracle of life and what a gift every great and small thing is.

I so enjoy exploring the…

I remember last year, as spirit talked about this first quarter of 2014 as a brand new school/university never before had on earth, they skipped the part about hell week.  Like any worthy school (kidding about the worthy part) of higher learning, there is an initiation into the “sorority.”  They key is, not to mention the only obligation, is to survive.

I am doing my best!

If I thought Sunday evening was rough, Wednesday even was worse.  Maybe it was because I couldn’t afford all the medicines the ER folks prescribed for me, namely: an abuterol inhaler to keep my airways open and a cough suppressant to ease the constant quaking within my chest.  The total cost at Walgreen’s was $160 for my four prescriptions, I had $70.  With the help of the pharmacist, we prioritized: predisone (a steroid to quickly reduce inflammation) and the antibiotic to target the bacterial…

This is possibly my all time favorite piece by Jon Rappoport. Please read, and then go:

The creative center of the world

“After the final no there comes a yes and on that yes the future of the world hangs.” –Wallace Stevens

What would happen if the world were enveloped by art? And if we were the artists? And if we owed nothing to any hierarchy or external authority?

Is it possible that an outpouring of art, creation, invention, coming from millions and millions of people, would bring about a sea change in the conducting of human affairs? Would such a tide affect the obsession to wage war?

Magic is not about arcane crests and codes and symbols. All those symbols and seals are just a way of invoking mystery and a front of supposed privilege.

There is some really fantastic creativity and visionary expressions coming through these days in the form of imaginative and healing arts. I am loving to see artists reaching deep within their well of boundless creative power and coloring outside of the lines. It’s so fun to see each individual carving their own unique footprint on this shared journey.

I also love the powerful expressions that are combining creativity, vision, and integrative healing in powerful, more immediate and efficient experiences – the wave of the new and now processes.

I posted about Photographer Jee Young Lee last month and her enchanting work that explored the imagination from the heart of her eternal inner child. You can see that post here:

Are you ready to be confronted with evidence that will directly contradict the version of “world history” that you were taught in school?

In recent years, hundreds of extremely bizarre skulls have been discovered all over the planet. Scientific tests that have been conducted on some of them conclusively prove that these ancient elongated skulls are NOT HUMAN.

Many people are not able to accept what you are about to see because it is too radical for them.

But the truth is that ancient texts have been telling us about these “hybrid beings” for thousands of years. There are even some ancient Indian traditions that claim that these creatures were in North America before the Indians were.

In fact, there is even one ancient Indian tradition about a war between a tribe of Indians and a race of red-haired cannibalistic giants. The Bible refers to these hybrids as “the Nephilim”, and as time goes by the evidence keeps piling up that they were very, very real.

Down in Peru, particularly on the Paracas peninsula, researchers have been finding some very large elongated skulls that are extremely ancient. On his Facebook page, Brien Foerster posted a photo of one of these ancient skulls that still has red hair on it:

Read more on: Humans are free: The Ancient Elongated Skulls are not Human

Thanks to the Galactic Free Press.

Through practicing meditation and embracing a spiritual path, over time you raise your vibration. This is also known as ascension. Raising your vibration, or ascending while being in a physical body is a slow and gradual process. It has to be a gradual process otherwise your body wouldn’t cope with the process.

There are two ways to ascend; the most common way people have ascended in the past is through the death process. The new way to ascend on this planet is while being alive in a physical body. This doesn’t necessarily mean you won’t die in this incarnation but generally means you can have life extension and better health and wellbeing. Ascension will mostly be a generational process, with the new babies that are being born now and in the future. However anyone at any age can choose to ascend, through his…

Music to read by below:

It seems to me like I have been on a very long voyage that began in earnest in 2012 and I am just now returning back to port from my explorations. In some ways it feels like I have come full circle. I started out with a desire and a mission and as I head back into the harbor I am returning to the same mission, only with a whole new perspective of it now. The basics remain the same, how I view them is vastly different. Take the main theme of my mission for example.

The following was written by Wes Annac for the “planetary healing” section of The Aquarius Paradigm Weekly Newsletter, which is being offered for $11.11 a month.

Income from the newsletter helps my family and I get by (and I really enjoy writing it), and the option to subscribe will be given below.

Continued from our discussion about meditative stillness.

It’s ironic that we require the effort we do to reach a place of simplicity and ease, but it’s only necessary because it’s so difficult for our minds to accept this simplicity, this nothingness. From this bareness, everything is created and flows harmoniously.

From zero point, from nothingness, everything is created and sustained under the absence of mental constructs like identity. Spiritual guides who speak to us appease our need for an identity, a label of who they are, but they’re waiting for us to understand that names and labels are… 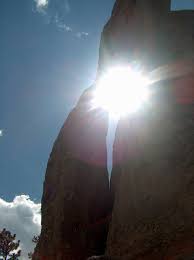 Beliefs can become patterns if you hold them long enough.  People don’t like to have their belief systems challenged as sometimes this is the very foundation used to “survive”, emotionally speaking.  At this point in the process it seems that there are many who are desperately hanging on to an antiquated belief system and this programming goes very, very deep.  It’s in the shedding of this outdated programming that we find the ability to fit through the eye of the needle in order to expand on the Heart so we will know what is best for each of us individually.

I see many people who are beginning to Awaken and, as much as I try to avoid “labels”, it leaves a sense of “Stockholm Syndrome” in that many have identified with their “oppressor” in whatever form that oppressor takes.