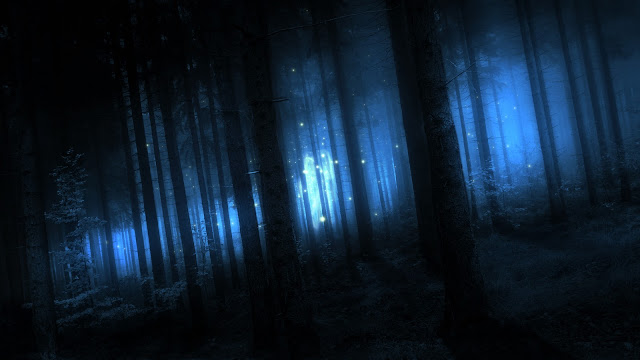 Saw first a bright shining star. Then a ladybug. Then I was back in the magical blue forest and see lights flowing in the dark air , i don’t see the fairies but i feel it. I stand in the fairy circle and feel myself transformed into a fairy wearing a silver glitter dress, black long hair. I feel myself dissapear into the fairy realm. End of meditation

Note Tauno:
Lisa! the fairy realm resonates with my vision of the Tree of Life, me and You are Twin Fairies 🙂 Love You

The Rune TIR and White Light came in front of my Spiritual eyes. Then I remember a stone statue of a Being, giant one, it resonated with the Sphinx, then I saw a statue of a Pharaoh/God that is not yet discovered, it appeared in a mountain and it was in front of a rock, then I saw Easter Island stone statues. Number 4 shined with silver/golden Light and I saw the Eye. Then I saw the Tree of Life connected with Inner Earth and me and Lisa were standing under the Tree , I was on the Left like Bear and Lisa was on the right as Wolf. AA Michael came and I saw a sword of White Light, then the Butterfly of White Light appeared.
I was in a land of beauty, blue mountains, green colours and blue sky, I was high in the mountains and watcing, I heard the music of Ascending Earth, it was Angelic, male and female vibrations balanced into this sound
Rune GEBO I saw too I also remember flying in a craft of light into Space and some faces, My Higher self Presence too, I saw the Face of my Higher Self. Oh, there was a giant Spider over the world that was Ascending/at the moment when I wrote this a big running insect passed near me and I sent it to its Creator immediately/, the World was Ascending and Light was shining into it but the Spider did not want to leave, the world wade a curve to escape from the Spider`r legs and raised upwards, then I found myself in Cosmos. Love and Light